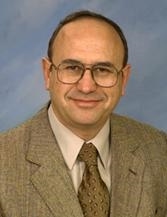 David Kessler is a senior optical physicist and designer with extensive experience in research and development of advanced optical systems. He is proficient in aberrations theory, physical optics, laser sciences, optical systems architecture and design, major optical CADs, and IP generation and protection.

Raised in Tel Aviv, he earned his Master of Sciences in Electro-optics with distinction from the Hebrew University of Jerusalem, then directed a team that developed innovative laser-guiding systems for Israel Military Industries. He received his Ph.D. from the Optical Sciences Center at the University of Arizona.

In 1982 he joined Eastman Kodak Company, where he launched and managed an advanced optical systems design group within Kodak Research Labs. As a Senior Research Associate, he was the company’s top technical professional in optical systems design and technologies. During two sabbaticals in Israel, David connected Kodak’s business and research departments to the Israeli high-tech industry and was a visiting professor at Tel Aviv University.

David was honored with the title Distinguished Inventor by Kodak’s chief technical officer, and won the Team Achievement Awards for three different projects. In 1995 he was appointed to the Kodak Research Council, a group of the company’s top 50 scientists. Two years later he was awarded a Primetime Emmy for the Kodak Spirit Datacine.

In 2006 David departed Kodak and launched Kessler Optics & Photonics Solutions. Since then, he has worked with companies large and small on a variety of innovative systems from concepts to detailed designs and to production. He has twice served as expert witness at the U.S. International Trade Commission. He has also conducted an advanced optical design course to a number of corporate design teams.