The idea is to provide high resolution only in a small field, about 120, about the tracked gaze direction but this sub field is steerable within a much larger field of about 800 x 600 degrees per eye. It consists of 3 major subsystems: 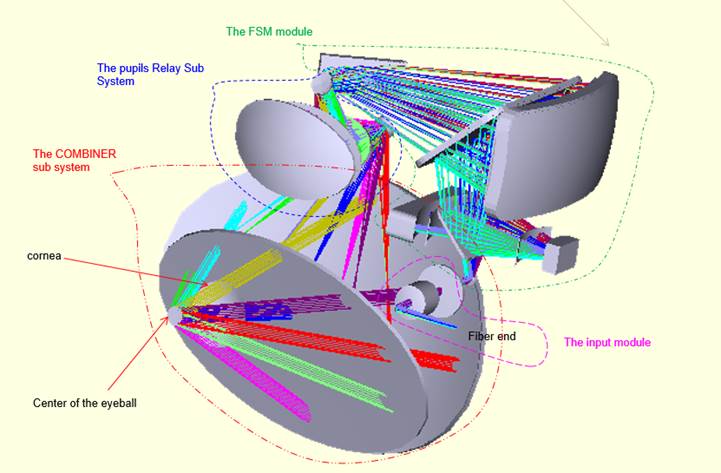 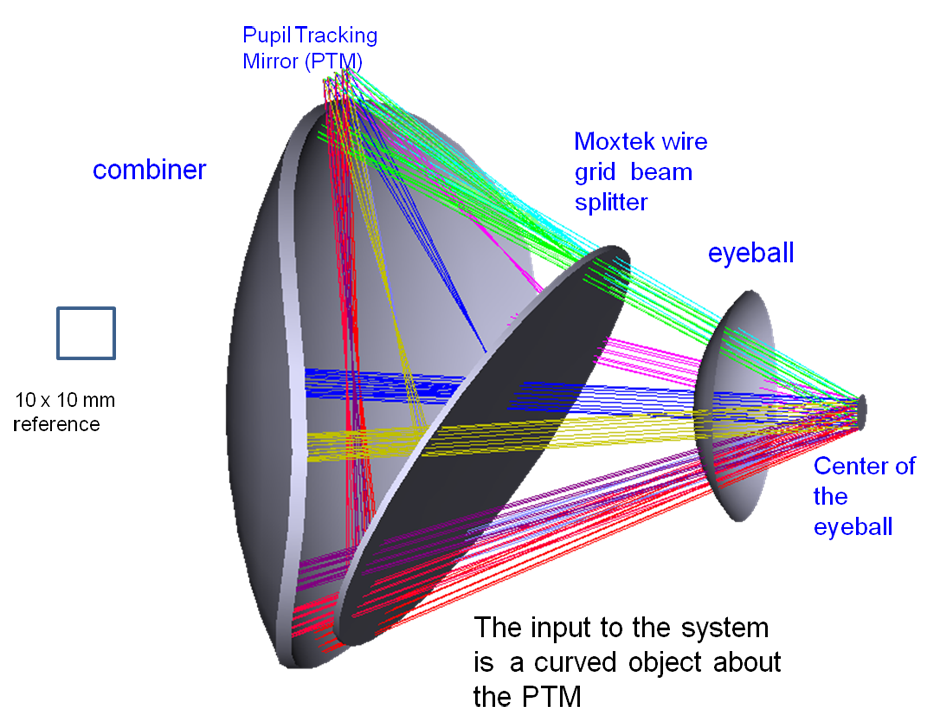 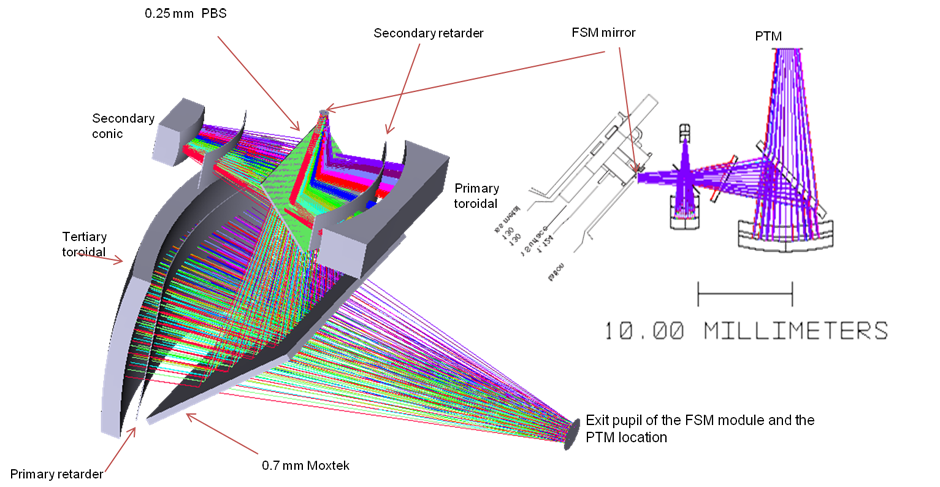